A skateboard is a small piece of wood in the shape of a surfboard with
four wheels attached to it. A single person rides the skateboard, guiding
the movement with his feet. While some use skateboards as transportation
over short distances, most are used to perform stunts.

Skateboards consist of three parts: the deck (the actual board), the truck
(a component usually made of metal that holds the wheels to the deck), and
the wheels. The average skateboard deck is about 32 in (81.3 cm) long, 8
in (20.3 cm) wide, and is a little less than 0.5 in (1.3 cm) thick. The
deck has a defined nose and tail with a concave in the middle. Skateboard
wheels are usually made of


and range in width from about 1.3-1.5 in (3.3-3.8 cm). While nearly all
skateboards have similar shapes and characteristics, their dimensions vary
slightly based on use. There are skateboards built for speed, slalom, and
freestyle.

Since skateboards first came into widespread use in the 1960s, their
popularity has come in waves. Newfound interest is usually related to
technical innovation, though a core constituency of skateboard enthusiasts
has always remained.

Though there is unconfirmed evidence that a skateboard-like apparatus
existed as early as 1904, the more commonly accepted predecessor to the
skateboard was created in the 1930s. In Southern California, a
skate-scooter was made out of fruit crates with wheels attached to the
bottom. This evolved into an early skateboard that was made out of 2×4 ft
(61×121.9 cm) piece of wood and four metal wheels taken from a scooter or
roller skates. This version of the skateboard featured rigid axles which
cut down on the board’s maneuverability.

Recognizable skateboards were first manufactured in the late 1950s. These
were still made of wood and a few were decorated with decals and artwork.
Skateboards became especially popular among surfing enthusiasts, primarily
in California. Surfers practiced on skateboards when the ocean was to
rough, and they soon became known as “sidewalk surfers.” One
of the first competitions was held for skateboarders in 1965. While
skateboards were popular through most of the 1960s, riders were not
respected and the activity was banned in some cities. The first wave of
skateboard popularity was over by 1967.

Five years later, in 1973, there was a renewed interest in skateboards
when wheels made of polyurethane were introduced. These early polyurethane
wheels were composites of sand-like material that was formed into a wheel
with an adhesive binder under extreme pressure. With the advent of
polyurethane wheels, boards became easier to control and more stunts were
possible.

Also in the 1970s, skateparks were introduced. Skateparks were specially
designed places that catered to skateboarders. They had obstacle courses,
pools (empty bowls, usually below ground level like an empty pool), and
pipes (large, circular type) to challenge skateboard riders. With
skateparks also came more competition, recognition, and sponsorship.
Skateboarders sometimes decorated the bottom of their
boards with logos of their sponsors. By the end of the 1970s,
skateboarding again became controversial after it became identified
antisocial behavior. Due to the amount and severity of the injuries,
skateparks closed in fear of lawsuits and the sport returned underground.

When popular interest in skateboarding briefly re-emerged in the
mid-1980s, it was not due to any particular technical innovation, though
skateboard manufacturers were always experimenting with different
materials in the production of decks. Instead, skateboarding videos
featuring skateboarders performing extremely difficult and dangerous
stunts using ramps, stairs, and even handrails generated new interest in
the sport. At the same time skateboard art had also emerged. The bottom of
skateboard decks were now elaborately decorated with logos and other
designs. Continued resistance to skateboarders led to another down-turn in
popularity at the end of the 1980s, though not as severe as previous
years.

By the middle of the 1990s, skateboarding again became popular mainly due
to high-profile exposure like ESPN and MTV’s X-Games competitions.
These televised events of “extreme sports” showed the best
of many kinds of skateboarding. Skateboarding was regarded as the first
extreme sport. Though skateboarding was still banned or regulated in many
communities, such exposure gave the sport an air of legitimacy. It is not
as dangerous a sport as many think. In 1997 there were 8.2 million
skateboards and around 48,186 reported injuries, 0.006% of which resulted
in hospitalization. Compared to a more commonly accepted sport like
basketball—which had 4.5 million participants in 1997 and 644,921
reported injuries (0.124% resulting in hospitalization)—the fear
seems misplaced.

Skateboard art also continued to evolve. Art was based on street trends
and whatever was hot at the moment: comics, bands, logos, and original
art. In the mid-1990s, deck manufacturers would introduce an average of
six board designs per month, making only 1,000 of each. While skateboard
manufacturers experimented with different thicknesses of veneers that made
up decks, little changed in the actual manufacture of skateboards at the
beginning of the twenty-first century.

Most skateboard decks are made of glue and wood (usually maple), but some
are made of composites, aluminum, nylon, Plexiglas, fiberglass, foam, and
other artificial materials. They are usually decorated by screenprinting.
Skateboard trucks are usually made of aluminum or other metal (steel,

or another alloy), though a few are made of nylon. Skateboard wheels are
made of polyurethane (a synthetic rubber polymer).

While some low-end skateboards are assembled by manufacturers, most
components are sold separately to consumers who put them together on their
own. To assemble a skateboard, the consumer also needs ball bearings
(usually full precision and made of metal) and a piece of grip tape. Grip
tape comes in a large piece bigger than the deck and looks like a piece of
sandpaper. It is put on the top of the deck to provide traction.

Skateboard decks, trucks, and wheels have different designs depending on
how the skateboard will be used. Decks differ in their angle of concavity
and the shape of the nose and tail. Manufacturers design their own boards
with their own signature styling. They use templates to impose their
design on the shape of the board. Companies that manufacture decks and
wheels also make their products stand out by their individual art designs.
While some of this artwork is created on computer, some is also done by
hand.

When the components are purchased separately, the consumer must follow all
instructions for his own safety. All screws must be

tightly secured so that they will continue to hold the trucks in place while stunts are being preformed. Manufacturers continually check the finished boards to see that they are secure and meet safety requirements.

In the production of wheels, any polyurethane left over is sent to a
landfill. At the present time, it is too costly to recycle.

Decks might be made of more artificial materials inside a wood exterior.
One deck of the future has Nomex honeycomb at its core, with Kelver as one
of the structural materials. Even with traditional wood decks the number
of veneer layers may increase or decrease. The most noticeable difference
might be the art on the bottom of the skateboard. Instead of being applied
with a screenprinting process, decks might use a sublimation printing
process.

Wheels may change in their shape, color or decoration, but not much will
improve on polyurethane itself. If a new material comes on the market,
this may affect how wheels are manufactured.

Where to Learn More

[Greeting] how are you? – Exciting song – Sing along

https://www.youtube.com/user/englishsingsing9
[Greeting] How are you? Exciting song English video for Kids English Sing sing
Here is Great Educational Songs \u0026 Animations for kids, toddlers, children, babies and EVERYONE!
The each video, that has sound \u0026 mute version, is accompanied by English subtitles.
Please enjoy watching fun \u0026 exciting English animation!
★ Subscribe to us on YouTube: http://goo.gl/gDa963
★ More of Our Songs: https://goo.gl/ByGXT2

Thanks for checking out the \ 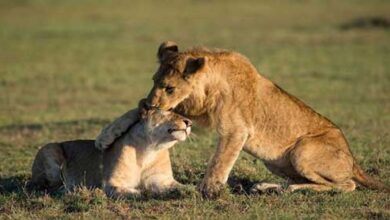 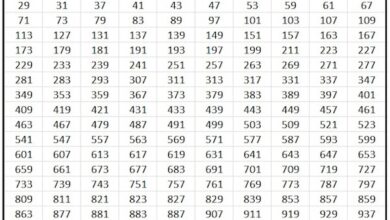 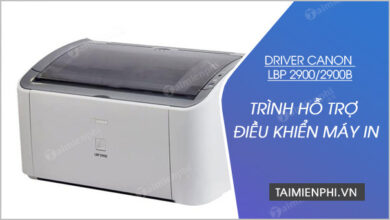 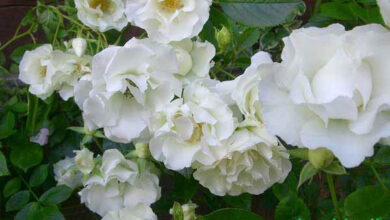