Warning: some graphic pictures and content are presented below,if you are triggered by such violent content please leave.

I’m so fucking tired of all this shit.

I thought that I would not have to write something like this again, but I guess we are left with no choice.

So as some of you know that on 26th March 2017 ARMYs started to trend #ArmysShallProtect Jimin just after some cretin posted some shit about killing the BTS member off in their concert on April 1st. Obviously fans and non fans were concerned if this was a real threat or a joke.

Big Hit immediately responded by stating that this could be the product of someone pulling a really cruel joke, nonetheless high security shall be maintained throughout the concert to protect all the members from this insane individual.

This led to people heaving huge sigh of contentment but remained wary for any other funny posts that might pop up.

As if to mock it all this totally unrelated yet crazy incident occurred, as if to add fuel to the already raging fire.

Shit turned real when some one posted this: 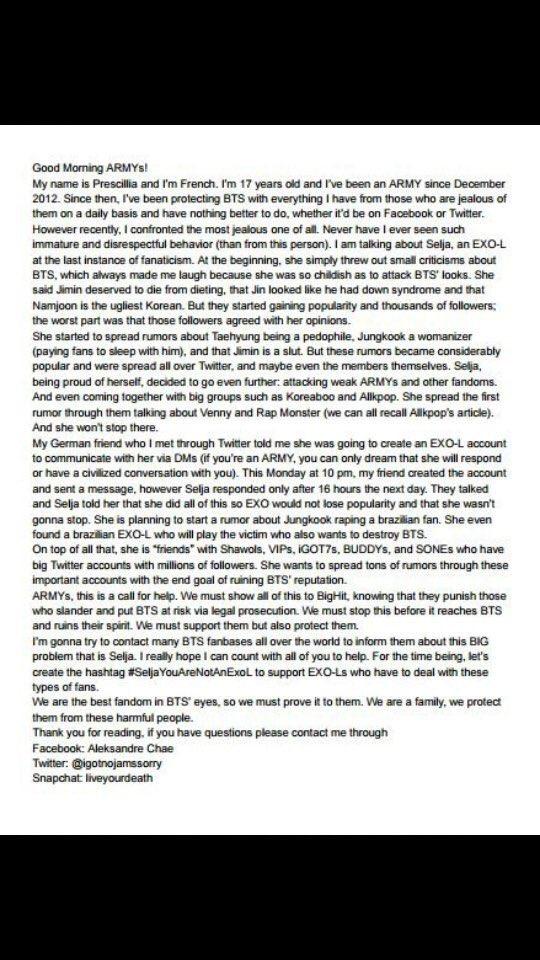 Check out who the hell that Aleksandre Chae is for heaven’s sake. After this was posted all forms of sanity vanished from the twitter, turning it into some kind of third world war on social media.

Now her account was suspended after everyone including many exo ls reported against it, assuming that she’s the culprit.

People were aware of it and they started badmouthing the entire fandom in general and let’s just say it was plain embarrassing to watch. A twitter user posted this on twitter that indicating that another twitter user(@lucyahpark666-now a disabled account) that she was about to start another huge shit

Evidently the user was talking about this chat as she had explained in her post earlier. It stated that this “Selja” is trying to create another HUGE rumor about BTS .

However here comes in the lil hunch.

@igotnojamssorry had originally posted a video (that seems unavailable at the moment) about Selja’s chat with her friend(@lucyahpark66). This was in response to people who started claiming that that chat is photo-shopped and it’s false.

The video sort of flew past the chat that Lucyah had with Selja, as if not giving chance for anyone to read the stuff also at the top part where the @twitter id of the messenger is present it was suspiciously covered by fire emojis. 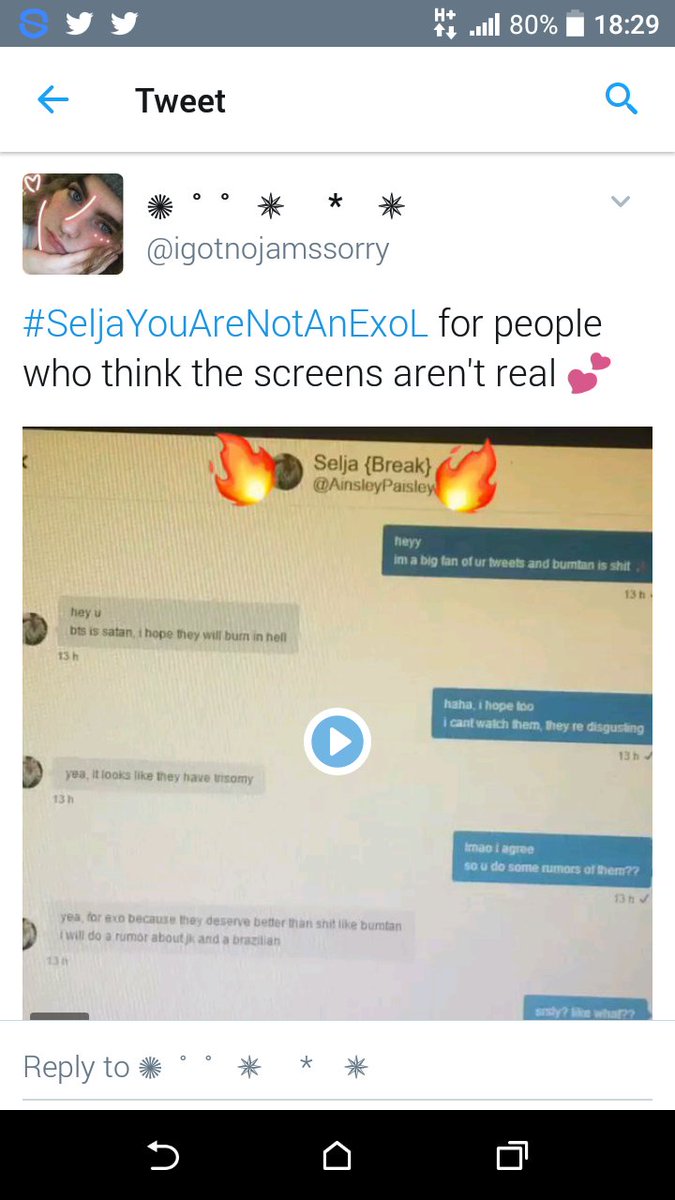 I was a bit stunned at that. Like why the hell would that be covered up?

Later another twitter user dug deeper and found this:- 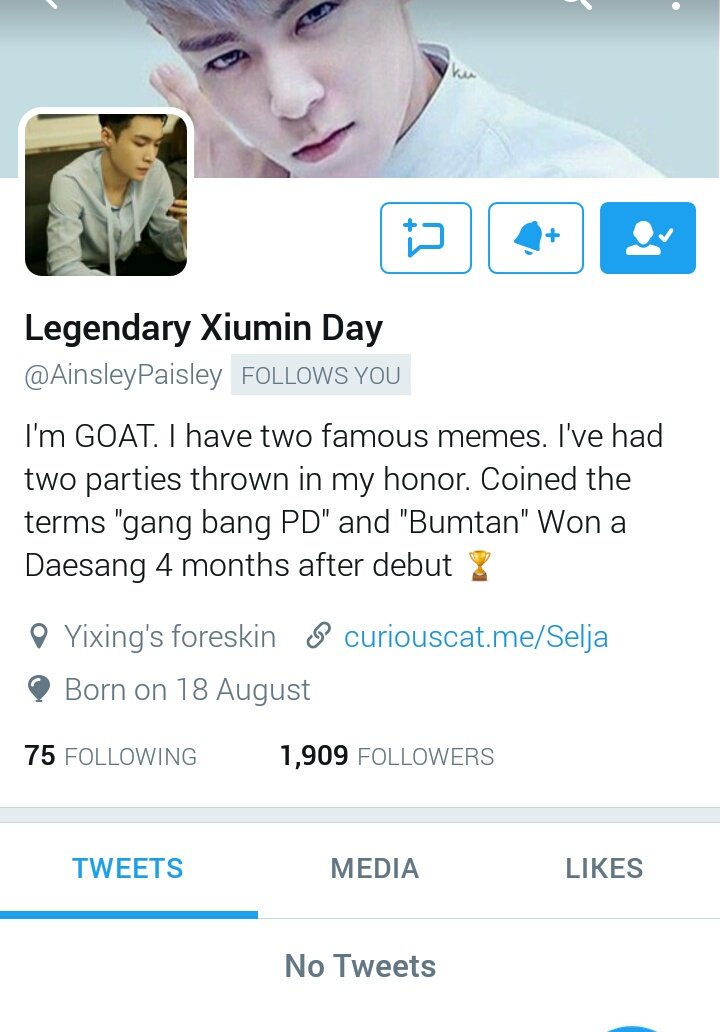 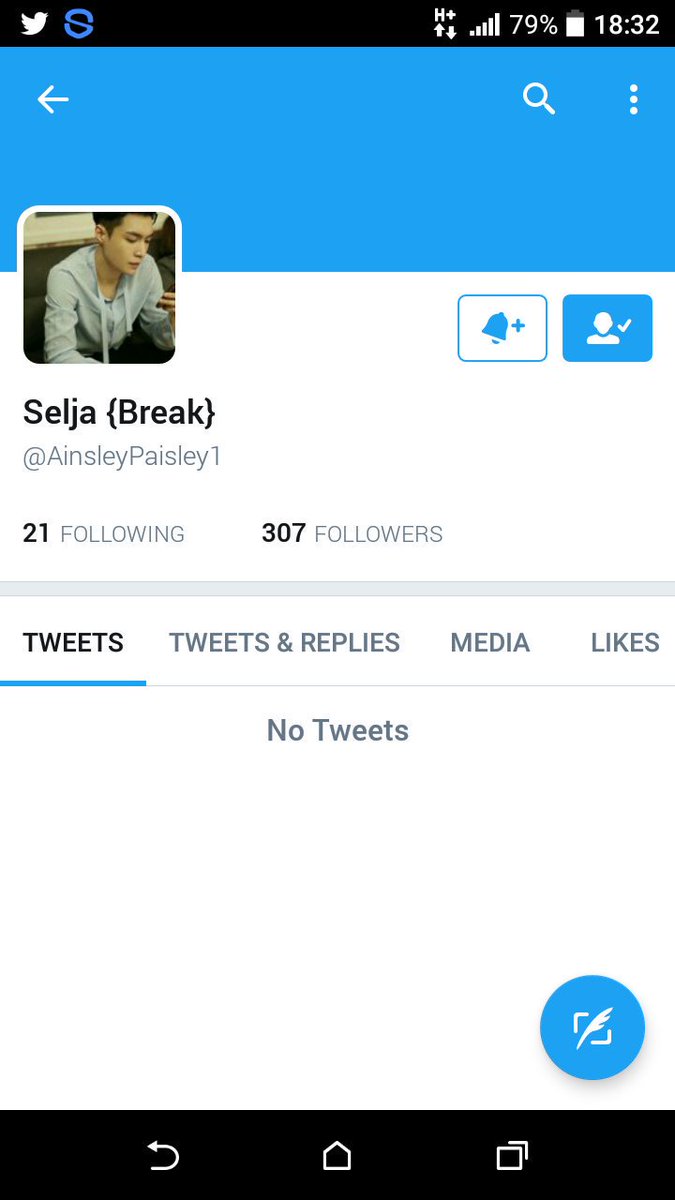 Ignoring the atrociousness of Selja’s twitter description this screenshot actually exposes everything,the fire emojis were used to cover up @Paisley1 instead of @Paisley. Some stated that initially it was @Paiseley a clever cover up to prevent anyone from discovering it.

Conclusion: that screenshot is not by Selja, but by someone impersonating her.

Someone on twitter stated that judging by the way the messages were written by “Selja”,it was suspicious in itself. Apparently the texting was not her usual style of writing and obviously for someone like her she does not start off a conversation just like that with a total stranger,let alone taking a friend request.

Later @BanAmazing_ demanded an explanation from the individual who started spreading this in the first place.

-Then why do you have the same pic as this girl who took the video ? And since she’s german why her twitter is in french ?

Are yall still with me?

Someone alleged that Priscilla had apparently befriended the fake Selja before this thing started, but as soon as everything was exposed she un-followed her, 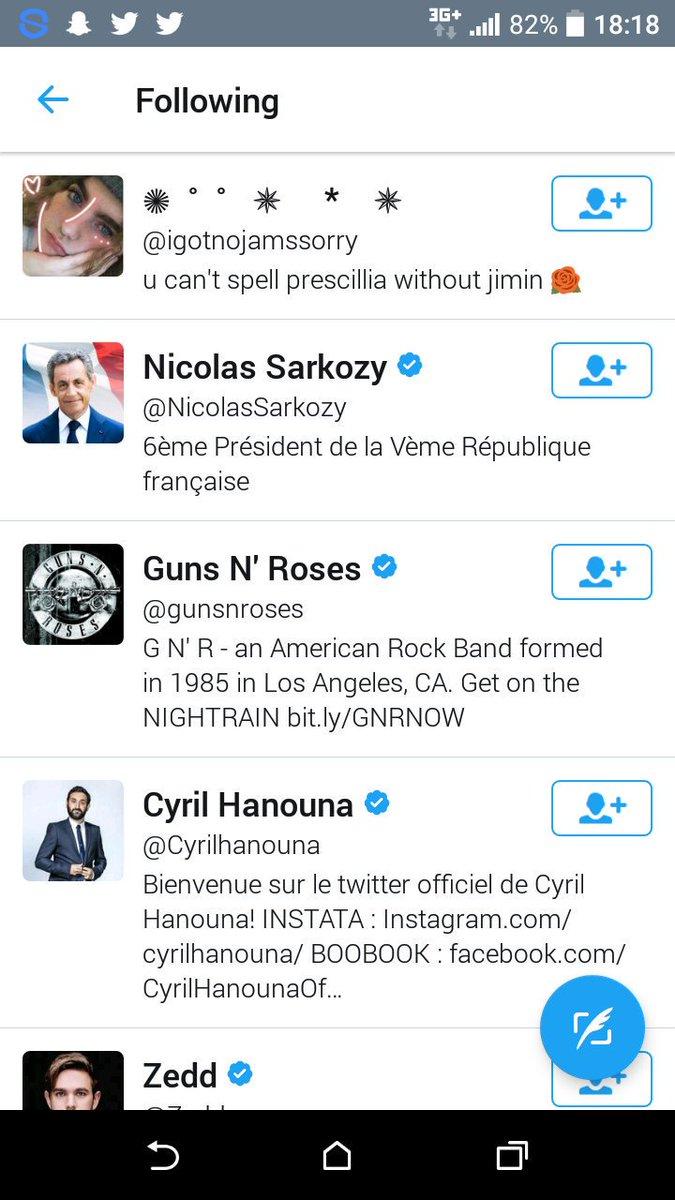 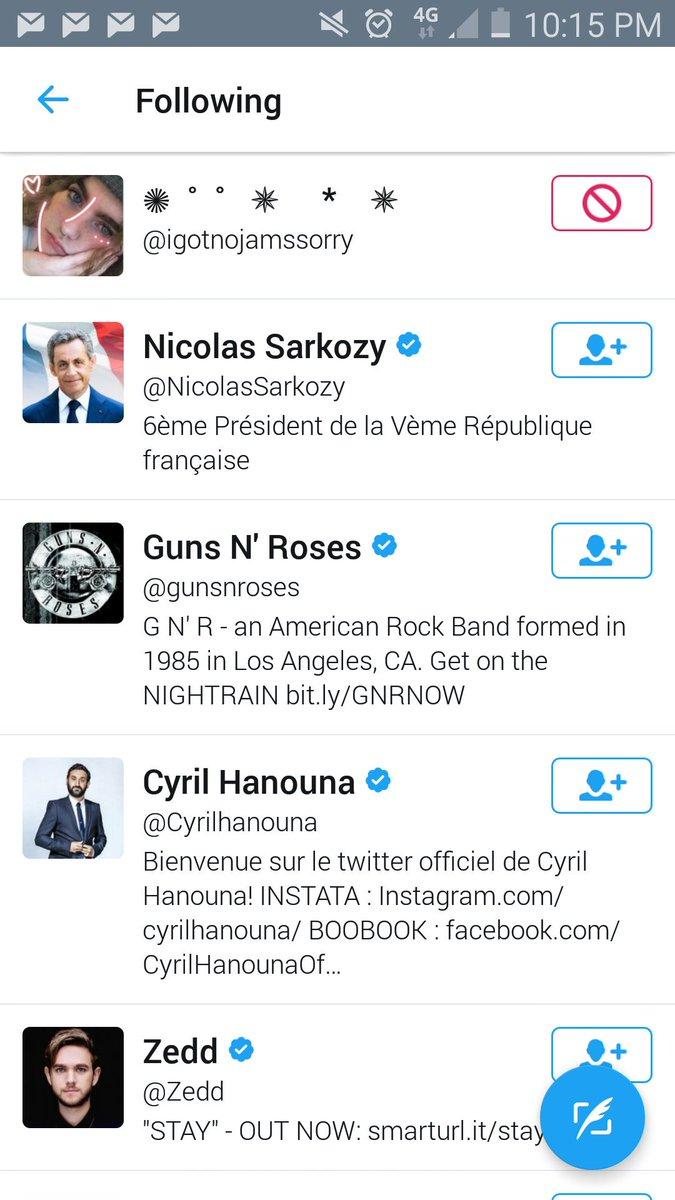 Later @igotnojamssorry clarified this shortly when things went out of hand

The text messages between @igotnojamssorry and that so-called Lucyah are as follows:-

Lol while cursing her battery not only died but Lucyah also lost her memory of her twitter password.

So here’s the catch, at the top where a big smiley is blocking the huge ass message you can see something along the lines of hi pri- written.

So who is this Lucyah??

Later further conversation with @igotnojamssorry cleared up a few things for me.

This Lucyah girl is the main culprit,she tried to deliberately defame this Selja individual by sending over screenshots that are clearly photo-shopped.

Moral of the story is that it was not an exo l and certainly not Selja who created this whole mess but someone else who’s not only a huge fraud despite her young age but also incredibly naive. You need better editing skills to cover up your shit my friend.

You know what’s even sadder when websites like Koreaboo and Allkpop exist. They tend to ride on that trend wave without using any professionalism on their part. This thing was further aggravated when they chose to quickly write an article while the trend was still at#1,that got that retweets and stuff but they didn’t even care to research more into the situation and look deep into the matter.

Lol competition,you guys clearly didn’t see the connection did ya?

Barely a day after Baekhyun received death threats on insta this mess transpired,but not ONE MEDIA OUTLET SPEAKING OUT ABOUT IT.

Because the fans did PROPER research and shut down the errant account without causing a scene,barely a day passed when this Selja panic started.

Trigerring right? I did give you a fair warning

What’s even funnier is that fake Selja although is a Nigerian was rumored by some to be a Korean sasaeng, going as far as pulling an innocent youtuber into this. Talk about identity theft huh? 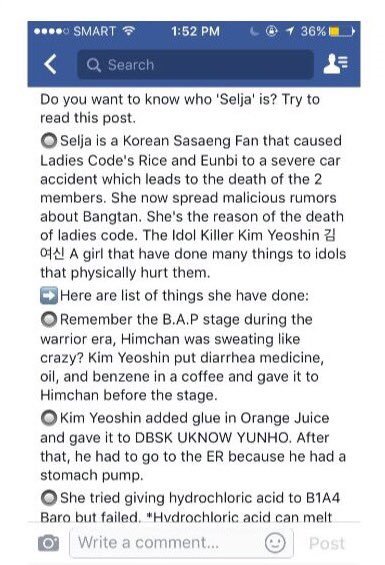 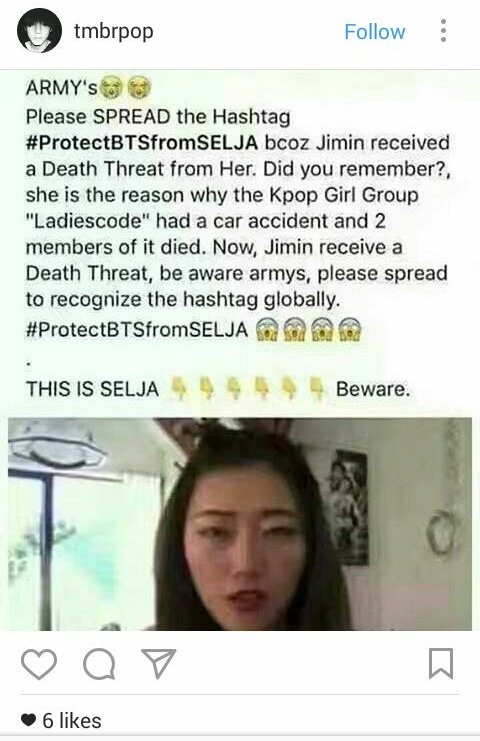 I was shocked cause I remember her to be an ardent exo fan of the channel DoublySS who also spazzes about BTS. Ooh and don’t forget our fake Selja apparently followed former French president Nicholas Sarkozy.

Moral of the story. Don’t trust anything anybody shares o twitter it has a 85% chance of being a sham,this included. No doubt that Selja gearing up to spread rumors about BTS was done by someone else impersonating her,who CERTAINLY DOES NOT BELONG TO EXO FANDOM and it’s all a huge mess.

Not only that Selja girlie got Karma biting her hard on her ass for her former controversial tweets but also got her account suspended wrongfully and defamed for no fault of hers.

Not only this but many people failed to understand that how much the exo and BTS members must be going through after looking through all this and all for what? Some petty fanwar??

If she does then this girl who posted this in the first place, is also equally at fault for mindlessly trusting a girl who intended to blacklist another just because she happens to hate another known albeit controversial twitter user.

Defamation is a serious issue and this has not only created a huge misunderstanding for the ARMYs but also for the exo L fandom.

Before trusting anybody or tweeting out anything,read it twice, thrice, hundred more times before spitting it to the outside,you might not know how the tides turn

P.S pics and screenshots do not belong to me,full credit to the original owners. 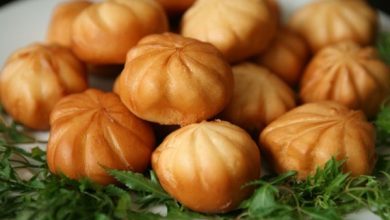 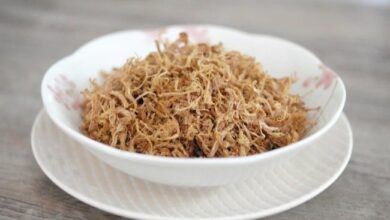